Among the flurry of new features of Windows Server 2012 R2 is Windows Azure Pack (WAP).

I've read about that product but I didn't install it yet and therefore do not have hands-on experience yet.

Microsoft positions this new offering within its Cloud OS vision: 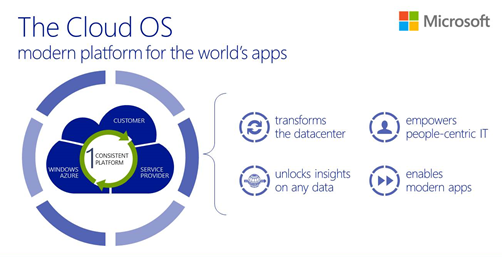 To me this is very exciting.

In that WAP is a game changer. It's your full Private Cloud solution on a CD. Microsoft published a White Paper on WAP.

Here are the main parts of Windows Azure Pack:

Management portal for Tenants: this is the on premise equivalent to the Windows Azure Developer portal. The resemblance is quite striking: 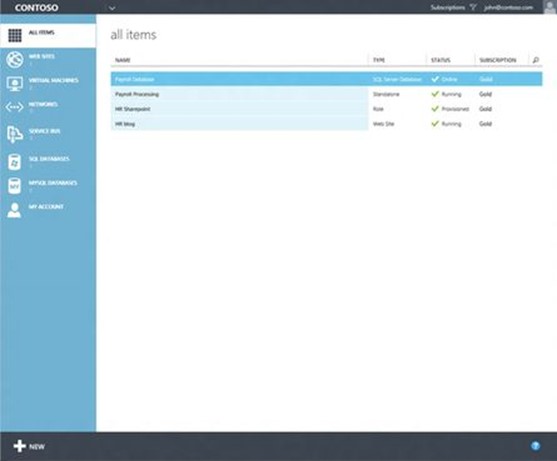 It allows customer to self-provision different workload (more on workload in a moment). Once workloads are provisioned, customer can then manage and monitor it from that same portal.

Management Portal for Administrators: this portal allows administrator to manage the entire Data Center with its different tenants. 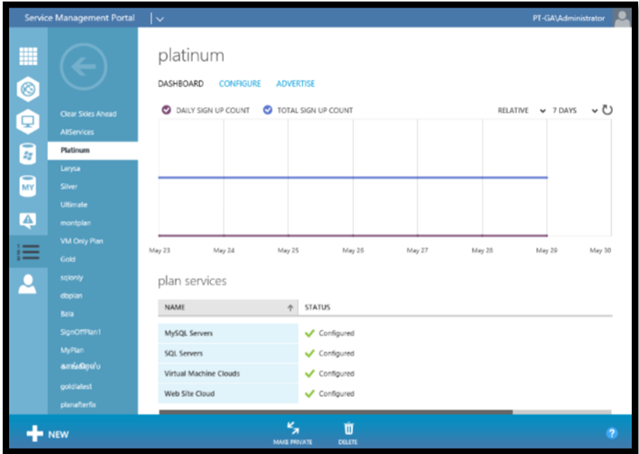 Service Management API: a set of REST Services giving programmatic access to the two portals. For instance, a customer could provision a Virtual Machine using a Service API, bypassing the portal. This allows for some original automation scenarios.

I've talked about workloads. Here they are. WAP sports a subset of the services available on Windows Azure, namely:

Those address popular scenarios. Notably missing from that list:

Still, the 3 official workloads are quite a good start for a Private Cloud story. Virtual Machines are certainly going to be the most popular at first while Web sites offer a more PaaS story for more scalable solutions and Service Bus offers a scalable message-based integration solution.

Now what is the operational model of WAP?

Basically, WAP Admins creates plans. A plan contains available services and quotas. For instance, a basic plan could contain virtual machines with up to 5 VMs per tenant with a total of 500Gb of storage.

Customers then subscribes to plans and provisions services within those plans.

This is summarized in the following picture:

This is a neat model since a Private cloud typically doesn't have infinite capacity. The notion of quotas allows administrator to give sand boxes to customers where they can scale within manageable limits. Plans could be adjusted on demand but via a manual process.

Marc van Eijk posted a comprehensive guide on how to install WAP. It is interesting to note that WAP can be installed on a single server (for evaluation / POC purposes obviously).

For me, WAP represents a breakthrough in the Private Cloud solutions and is a great opportunity for Service Providers and Enterprises alike.

The preview was announced in July 2013 and general availability is planned, as the rest of Windows Server 2012 R2 for January 2014.