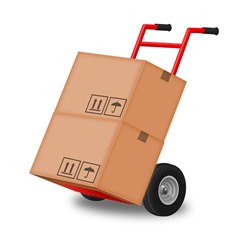 I’ve written a bit about Azure SQL Elastic Pool lately:  an overview, about ARM template and about database size.

One of the many great features of Azure SQL Elastic Pool is that like Azure SQL Database (standalone), we can change the eDTU capacity of the pool “on the fly”, without downtime.

Unlike its standalone cousin though, we can’t change the edition of the pool.  The edition is either Basic, Standard or Premium.  It is set at creation and is immutable after that.

This article shows how to do that using PowerShell.

You might want to move databases around for other reasons, typically to optimize the density and performance of pools.  You would then use a very similar script.

Look at the pool

Let’s start with the pools we established with the sample ARM template of a previous article.

From there we can look at the pool Pool-A using the following PowerShell command:

We can see the pool current edition is Standard while its Data Transaction Unit (DTU) count is 200. 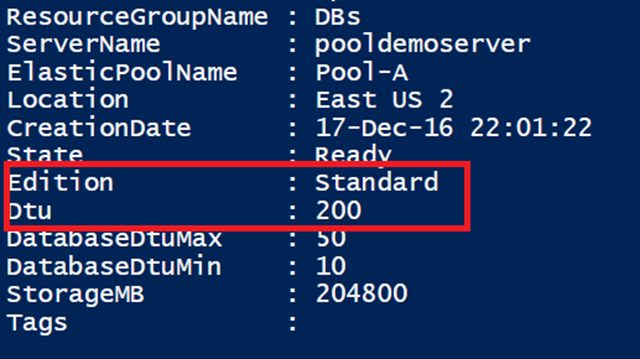 It’s important to create a pool that will allow the databases to be moved into.  The maximum size of a database is dependent of the edition and number of DTU of the elastic pool.  The easiest way is to create a pool with the same edition / DTU and this is what we do here by referencing the $old variable.

First, let’s grab the databases in the original pool:

ElasticPoolName is a property of a database.  We’ll simply change it by setting each database:

That command takes longer to run as the databases have to move from one compute to another.

We can now delete the original pool.  It’s important to note that we wouldn’t have been able to delete a pool with databases in it.

The second line recreates it with Premium edition.  We could keep the original DTU, but it’s not always possible since different editions support different DTU values.  In this case, for instance, it wasn’t possible since 200 DTUs isn’t supported for Premium pools.

If you execute those two commands without pausing in between, you will likely receive an error.  It is one of those cases where the Azure REST API returns and the resource you asked to be removed seems to be removed but you can’t really recreate it back yet.  An easy work around consist in pausing or retrying.

We can then move the databases back to the new pool:

In the second line we delete the temporary pool.  Again, this takes a little longer to execute since databases must be moved from one compute to another.

We showed how to move databases from a pool to another.

The pretext was a change in elastic pool edition but we might want to move databases around for other reasons.

In practice you might not want to move your databases twice to avoid the duration of the operation and might be happy to have a different pool name.  In the demo we did, the move took less than a minute because we had two empty databases.  With many databases totaling a lot of storage it would take much more time to move those.