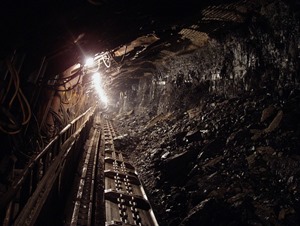 There is this recurring discussion with customers:  cloud is the new hosting.

While there are angles to look at the cloud that bring similarities, I will argue it is a bad analogy that is more likely to mislead you than help you.

Of course both hosting and cloud allow you to consume compute, storage & networking while not managing the details, but the basic economical premise is very different.

Outsourcing model typically starts off with a standard agreement and gets customized during negotiation.  Customization usually ends up with dedicated infrastructure and with customer-specific SLAs.  With this comes long term contract (usually multi-years) since the outsourcing partner has to invest into specifics for their customer.  The playbook from there is for the outsourcer to limits its cost to protect its margins.  The innovation typically stagnates and customer often look for alternatives after the contract is up as a consequence.

Cloud model is an hyper-scale model.  It’s starts with standards and ends with standards.  Standard hardware, standard processes & standard SLAs are at the heart of cloud model.  It is a self service model, not a negotiation one.  True multi-tenancy increases scalability and puts pressure on security requirements.  Security is baked into standard processes and the architecture.  There are usually no long term agreements but either pay per use or short term (e.g. one year) commitment:  it is consumption base, like utilities (e.g. water & electricity).  The playbook for the cloud provider is to deliver innovation constantly to facilitate consumption.

This usually seems a little strange for folks used to deal with outsourcers:

But mostly, there often is a bit of disbelief:  how can you innovate (increase your cost), reduce your price (decrease your revenue) & not get out of business?

It sounds like a paradox because it is.  It is called the Jevons paradox and it isn’t new.  William Stanley Jevons wrote about the paradox that would bear his name in 1865 in a book called The Coal Question:

"It is wholly a confusion of ideas to suppose that the economical use of fuel is equivalent to a diminished consumption. The very contrary is the truth."

What Jevons had put his finger on is that making a resource cheaper doesn’t imply that the total economic value of that resource goes down, but the contrary.  It is quite easy to see with our modern eyes:  if I could tomorrow make gasoline %90 cheaper for the foreseeable future, it is likely that we would start using gasoline more an more in areas where it is prohibitive today, not keep the consumption flat.

So much for the “technological innovation will get us out of the energy crisis”.

The same goes for the cloud and this is the business model disruption it brings to outsourcers hanging on their aging assets.

This also explains why the cloud isn’t good for every workload on the face of the Earth.  Some workload do benefit from customization an outsourcer / hosting environment can bring which aren’t available in the cloud (and in some case might never be).

Now just to bring some nuance to the standardization motto I brought above:  public cloud does evolve with customer feedback.  In Azure, for instance, there are more and more VM skus, network configurations & overall variety of services.  But this isn’t the result of one customer asking for a customization but general feedback from multiple customers.