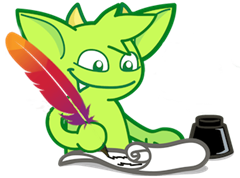 One of the paradigm it supports is Graph:  Cosmos DB can be used to store and query graphs.

At the time of this writing, it supports one interface, Gremlin, which is part of the Apache TinkerPop project.

This means we can use any Gremlin Console to connect to a Cosmos DB graph.

That is well documented.  I won’t reproduce the steps here.  Instead, I’m going to point to documentation.

First thing, let’s understand Gremlin.  Gremlin is to graph data what SQL is to relational data ; it is a graph traversal language.  Except the debate hasn’t fully settled in the graph world and Gremlin has meaningful competition (e.g. Cypher).

TinkerPop project site contains a very good documentation for getting started with Gremlin.  Their sales pitch is “learn it in 30 minutes” and it’s pretty accurate.

Once we’ve absorbed that, we can go deeper with the online exhaustive documentation. 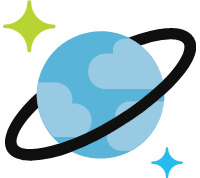 Azure documentation has a good guide to both create a Cosmos DB graph and connect to it with a Gremlin Console.

We can download the Gremlin Console from the Tinkerpop’s site.  It contains both Windows & Unix consoles.

Personally, I’ve installed it in the Linux subsystem on Windows 10 (when in Rome…).

Only trick is, that isn’t a app-get package and we need Java 1.8 to run the files.  See Oracle’s instruction to install it properly.  There seems to have been a split between version 1.7 and 1.8 and the package for 1.7 doesn’t upgrade to 1.8.

It is pretty straightforward by following the instructions.

Only counterintuitive aspect is that we need to prefix every Gremlin command with :> in order to access Cosmos DB (or any remote service in general from within Gremlin Console).

Cosmos DB supports Gremlin as an interface to command & query its graphs.

This article was meant to simply list the links to quickly get started in that scenario.