Let’s say we would like to rename disks on a Virtual Machine (VM).  Here we mean renaming the Azure Resource Name of the managed disk.  How would we go about that?

Nomenclature / naming convention is important if only to ensure clarity for human operators.

Our first challenge is that disks, like most Azure resources, can’t be renamed.  There is no such command.  For instance, if we look at Update-AzureRmDisk, it takes a disk object and the disk name is read only.

So we’ll need to actually copy the disks to change their names:  good old copy then delete the original scheme.

Our second challenge is that, as we’ve seen with the Virtual Machine anatomy, although data disks can be added and removed on the fly, the OS disk (i.e. primary disk) cannot.  That means we cannot swap the OS Disk to another disk.

We’ll need to recreate the VM to make it point to the disk copy with a new name.

So much for renaming, right?

The solution we lay out here is based on ARM template.  You could accomplish something similar using PowerShell or Command Line Interface (CLI) scripts.

A demo of the solution is available on GitHub.  It deploys a Linux VM behind a public load balancer with SSH being routed to the VM.  In order to fully explore the demo, we need to initializes the data disks.

Since we’ll recreate the VM using ARM template, we need to determine the ARM Template of the VM.

If we already have it because we proceed with ARM template in general, then done.  Otherwise we need to work a little bit.

The best approach usually is to use the Automation Script option on the left hand side menu of either the VM or its resource group. 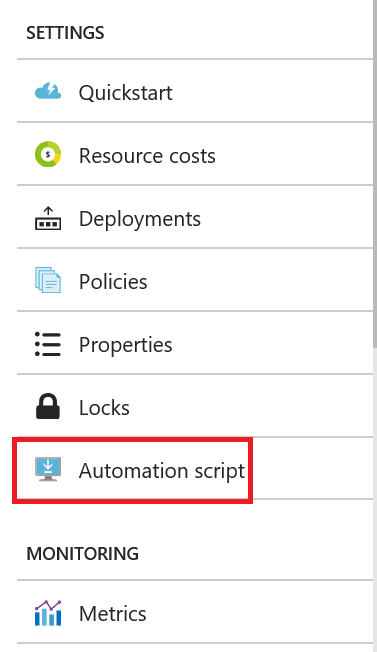 From there we can find the node for our VM and then mechanically we can clean up the template.

Let’s delete the Virtual Machine to better recreate it.

We will use a PowerShell command.  Using the Azure Portal would yield the same result.

Of course, we need to replace the variable with values corresponding to our case at hand.

This deletes the VM but leaves all its artefact behind:  VNET, Public IP, NIC, Disks, etc.  .  We’ll be able to attach back to those.

We’re going to use a new ARM template to copy disks.  Here is our demo solution’s template.

Basically, the ARM templates create new disks using the creationOption value copy, pointing to the original disk of the VM.

For the demo solution, we use a fancy trick where we map the old and new disk name in a variable:

and then we use a copy construct to loop to the JSON array:

One of the advantage of using ARM templates to copy the disks is that the copy is parallelized:  in the case of our demo solution, we have 3 disks and they are copied in parallel instead of one after.  The is of course faster.

Re-create the Virtual Machine and attach to disk copies

In the same ARM template, we can recreate the VM.  This is what we do in our demo solution’s template by adding a dependency on the disks.

The VM is recreated by attaching to the disk copies.  Similarly, it links back to its NIC.

At this point we did “rename the disks”.  We just have some cleanups to do with the original disks.

We simply delete them:

Again, replacing the first two variables by what make sense in our use case.

We did come up with a recipe to rename managed disks by copying them and attaching the copies to a recreated VM.

Our demo example had a lot of specifics:

The solution would change depending on the specifics of the VM but the same steps would apply.