In the last few months, we’ve looked at Azure Databricks:

In those articles, we used the Python SDK (also a bit of Spark SQL).  In this article, we’ll discuss the version of Python deployed in the Cluster.

There are a lot of discussions online around Python 2 and Python 3.  We won’t try to reproduce it here.

We’ll only refer to the Python’s wiki discussion and quote their short description:

Python 2.x is legacy, Python 3.x is the present and future of the language

In general, we would want to use version 3+.  We would fall back on version 2 if we are using legacy packages.

The Python version running in a cluster is a property of the cluster: 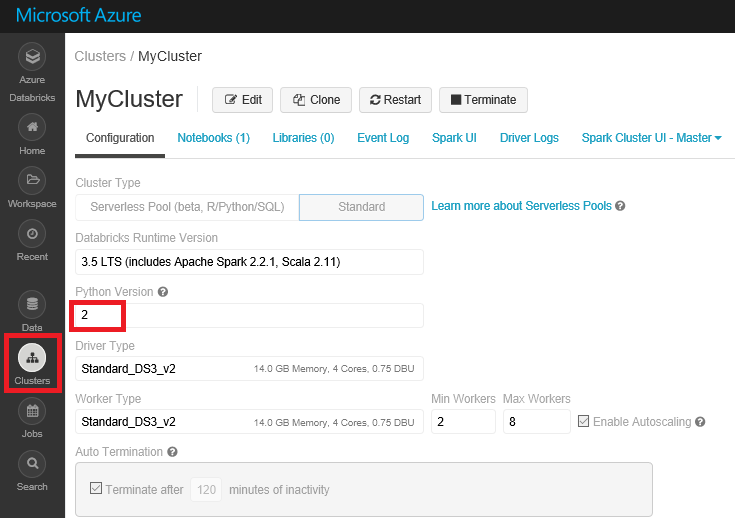 We can also see this by running the following command in a notebook:

We can change that by editing the cluster configuration.  It requires the cluster to restart to take effect.

We’ve seen here how to do that.