Some workflows naturally land themselves to recursion. For instance, handling a hierarchical data structure often has a natural recursive solution.

In this article we are going to explore two avenues to deal with recursion in Logic Apps:

As usual, source code is in GitHub.

The first approach consists in working around the direct recursion.

Instead of having a Logic App calling itself, we have it (the parent) call another Logic App (the child) that call it back. 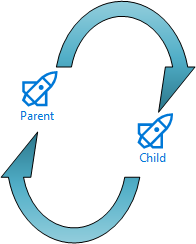 Let’s look at an example:

The ARM template is a little tricky since we have a circular reference.

To work around that, we deploy both Logic Apps twice. First, we deploy an trivial empty version of each. We then deploy both complete versions. With the second deployment, each app exists, so they can reference each other.

We can’t deploy the same resource twice in the same ARM template. We accomplish this double deployment by using a deployment resource (Microsoft.Resources/deployments). It points to another ARM template which does the init deployment.

We have two logic apps:

The URL is obviously unique to the Logic App.

In order to test the apps, we need to do an HTTP POST. Different tool can be used, such as CURL or Postman.

The HTTP body must conform to a simple schema. Let’s use the following content:

We should obtain the following: 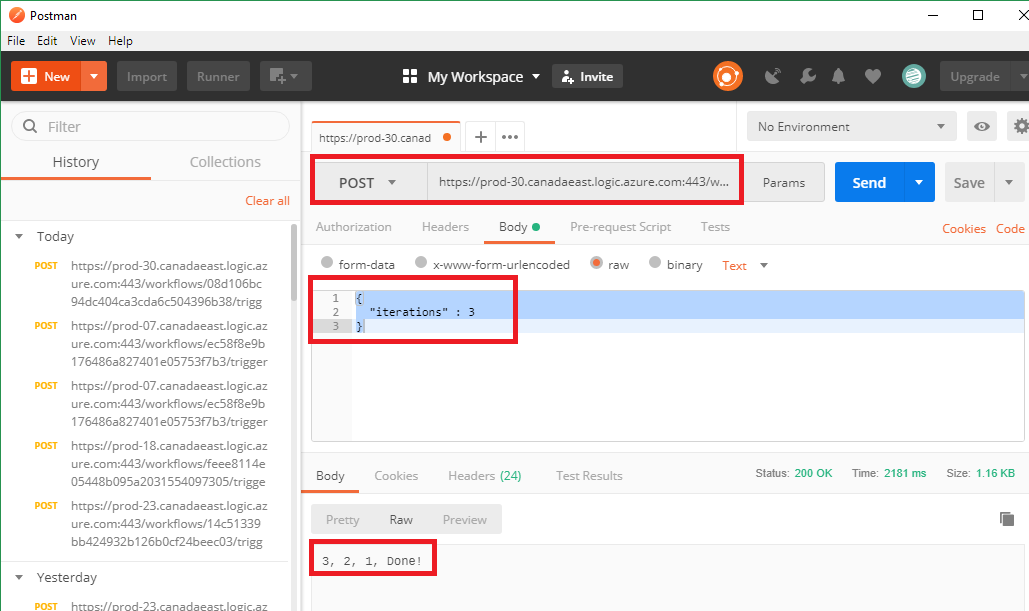 The response is 3, 2, 1, Done!. This is computed using recursion to illustrate our point.

Let’s look at the Parent App. This is quite straight forward:

This is a typical recursive algorithm.

The child app is trivial: it calls the parent logic app, passing the input payload.

We can easily monitor. Let’s look at the parent-app:

Let’s look at how we could run everything in one Logic App.

The example we are going to take is something that receives a hierarchical payload. This is for simplicity: the hierarchy could have come from a file, a database, a service, etc. .

The schema is available here.

Our strategy is to implement and until loop. We start with the root nodes. We use variables to accumulate the children of those nodes for the next loop.

This deploys one Logic App: flatening-logic-app.

As for the first example, we’ll grab the URL.

We can then test the URL with a non-trivial: 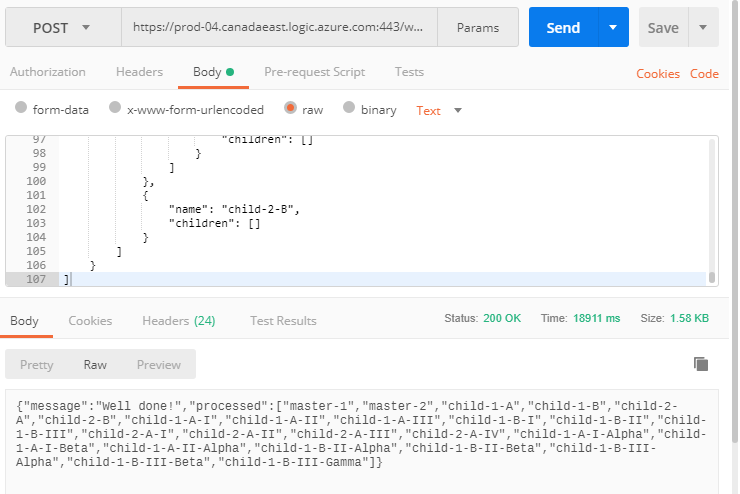 We can see the output is a simple JSON where the processed property contains all the nodes of the input payload in a breadth first order.

The implementation contains a few actions but is quite simple. In pseudo code it would look like this:

No magic here: we unfold a hierarchical data structure in a loop.

Notice that we added “debug” actions where we capture the value of a variable for later troubleshooting.

Now if we look at the monitoring, we obviously have only one run per invocation:

This example doesn’t cover all the recursion cases. It is a typical example, but different scenarios would call for different solutions.

If we contrast both approaches we could do a pros & cons.

For the parent-child approach:

For the flat approach:

For us, there is no right or wrong approach. It really depends on the scenario.

We looked at two different ways to handle recursion in Logic Apps: