I did a bit of experimentation with Kubernetes Ingress, more specifically NGINX, lately.

I found the concept of Ingress utterly confusing at first. It is actually relatively simple. So, I thought I would share this sense of simplicity.

This article is conceptual. There will be no code nor even Portal tour.

If you want to ramp up on Ingress in AKS, I would suggest the following readings, in order:

We discussed the integration Kubernetes & Azure Networking within AKS in a past article.

We used the following diagram to describe the anatomy of a service: 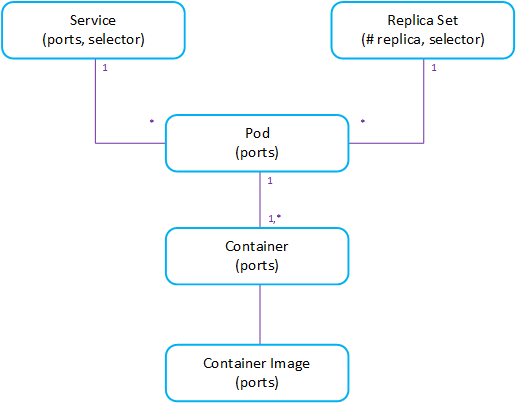 We described a service as offering a stable IP, load balancing a group of pods and typically realized through a replica set.

Now that we have a service that we can connect to, what is the need for Ingress?

An ingress also is a reverse proxy: it generates a new HTTP requests to the underlying service.

Ingress acts as a front door to services. We can then upgrade our anatomy knowledge as follow:

Let’s look at a few scenarios.

Another one is hosting multiple domain names on the same ingress (e.g. public IP) using host name for routing.

Of course, we could combine both previous approaches.

As the diagram suggests, an ingress has a many-to-many relationship with services. We could reuse a service in multiple rules.

Conceptually, the communication pattern goes a bit like this: 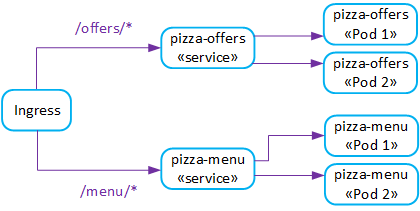 The ingress routes traffic to a service which then route it to a pod.

An ingress controller is implemented as a Kubernetes Service of type load balancer.

This is similar to Azure Application Gateway which is implemented as a set of VMs fronted with an Azure Load Balancer.

Typically, backend services, i.e. services ingresses call into, are of type Cluster IP since they only need to be reached from within the cluster.

Now, how does that land in Azure?

As mentioned, an Ingress Controller is a service of type load balancer. In Azure, the service is exposed through an Azure Load Balancer. 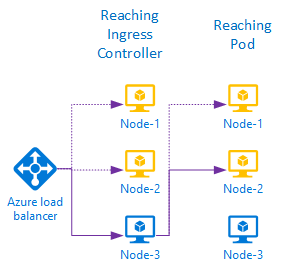 Let’s assume the request gets load balanced on a pod running on node 3. The Ingress Controller applies ingress rules and determine the backend service to forward the request to.

The Ingress Controller then uses then forward the request to one of the pods. Here we assume the load balanced pod would be on the node 2.

Application Gateway as an Ingress Controller

We talked about Ingress Controller without mentioning any specific one. As often is the case with Open Source, there is a lot of choice.

Kubernetes maintains the NGINX Ingress Controller. This is the one we encountered most often in online documentations. There is even an extension of that Controller implementing WAF functionality.

The company NGINX maintains another flavour of NGINX Controller, which is a branded as more Enterprise friendly.

We did a brief tour of what Ingress means within Kubernetes and how it lands in AKS.

We recommend going through the documentation we provided at the beginning of the article to acquire more depth.