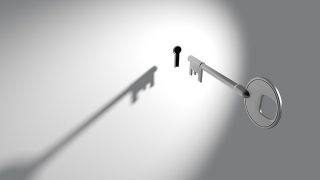 I wanted to start looking at a few modules helping integrate AKS with the rest of Azure.

In a past article, we looked at Pod Identity.

This time around, we will look at Flex Volume.

Flex Volume is an integration between AKS and Key Vault. It allows keys, secrets & certificates (the three main objects of Key Vault) to be exposed as files in a mounted volume in a pod.

As usual, code used here is in GitHub.

Some details and constraints

We need an Azure Identity to access Azure Key Vault. Flex Volume allows for Service Principal and AAD Pod Identity. In this article we’ll use that latter.

Technically, a version of each object (key, secret & certificate) is copied to the mounted volume at pod creation. For this reason, if an object value changes, i.e. a new version is created, those changes aren’t reflected in the mounted volume. Pods need to be restarted for that.

The mounted volume is of type Secret. Kubernetes secret volumes are based on tmpfs. This a RAM based and hence can’t be access by other pods. The volume is deleted when the pod is deleted.

Here, we’ll simply go through the online documentation but choosing only one path:

Let’s install Flex Volume. This is done by applying a configuration file. We can see the file contains a namespace, kv, and a simple daemon set:

If we dig in the daemon set configuration, we see it simply installs a driver on each node at /etc/kubernetes/volumeplugins.

For the Azure AD Pod Identity configuration, we refer to a previous article.

Basically, we have an Azure Managed Identity integrated in AKS. We need to give that identity two separate access:

The first access is Azure Control plane. The second is part of the access policies of Azure Key Vault itself.

We then deploy a pod with the usual kubectl apply -f pod.yaml.

Here is the pod.yaml file:

First, we notice the aadpodidbinding label that must match the one defined in the AzureIdentityBinding we defined in previous step.

Second, we see the volume is mounted at /kvmnt within the pod.

Third, we see the volume definition includes the ‘coordinates’ of the Key Vault.

Finally, we see that we fetch two secrets: myname and myage.

We can then test the secrets materialized inside the pod. For instance, for myname secret:

It is quite easy to setup and use.

A difficulty we encountered was forgetting some permission for the managed identity. Make sure you assigned both Azure RBAC and Key Vault access policies.