My JSON gets serialized in a string - Logic Apps 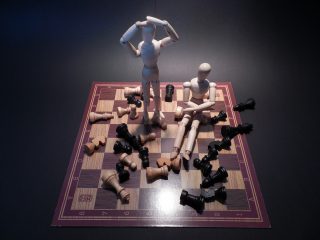 It also handles JSON payloads natively. JSON flows in and out of an app.

I recently faced a bit of a problem with JSON though.

My JSON was appearing serialized within a string. It took me precious minutes to find out why, so I thought I would share this over here.

I had that error while copy-pasting pieces of ARM template code around my Logic App. This isn’t a designer only common mistake.

Code is on GitHub.

The deployment is trivial as there is no parameters.

It should deploy one Logic Apps named serialization-sample.

Let’s simply run the sample app. We can look at the result: 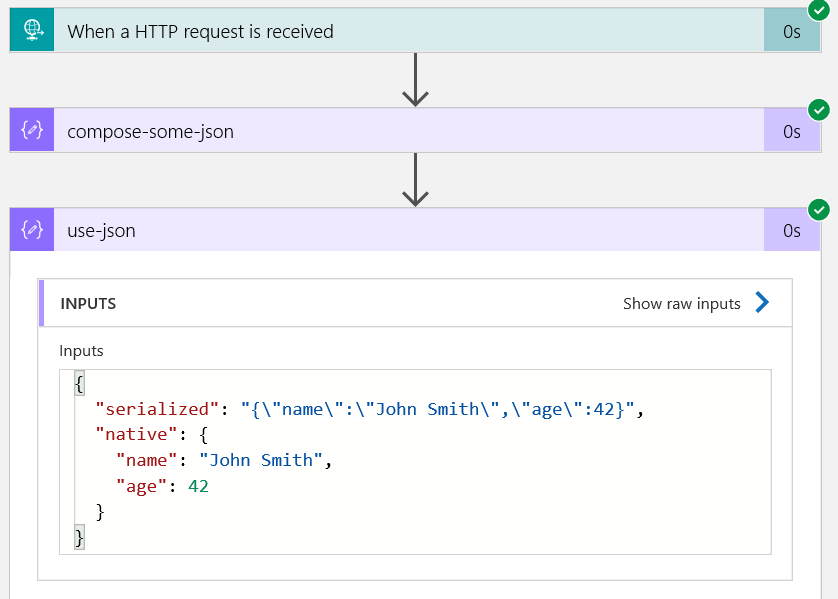 We can see that the resulting JSON payload has two properties:

Typically, we do not want a serialized representation.

Because this sample focus on that problem, it might look obvious, but in the middle of a complicated app, it is harder to find.

If we look at the use-json task definition, we’ll have a hint:

We see that the serialized value is within quote while the native one isn’t.

This is confirmed by looking the ARM Template:

The serialized version has curly braces (i.e. {}) around the output while the native one doesn’t.

That’s it. Subtle problem but one that can waste the best part of an hour to find when not isolated.

I hope this quick common error scenario is useful.

I wasted about 30 minutes to find that error. Hopefully you won’t have to.