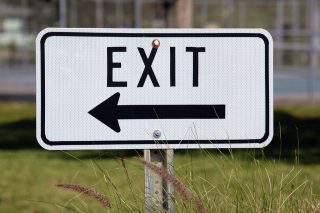 What happens if a pod in AKS initiates a connection with a private endpoint? Which private IP address does the outbound connection uses?

This is relevant for a private IP inside the same VNET, a peered VNET or an IP accessible via a VPN or Express Route.

In general, the private IP of the VM is used as an outbound private IP. This shouldn’t be confused with the slightly more complex rules about which public IP is used when we contact a public endpoint.

But if we are using kubenet plugin, Kubernetes does its own networking virtualization where pods get a cluster IP. Would that IP be used as an outbound IP?

I thought it would be interesting to simply do an experience to determine the answer.

We are going to test a connection to ACI from AKS and see how we can block it with NSGs.

As usual, code is in Github.

Let’s start by downloading a script file from GitHub:

We are going to run that script with five parameters:

The last three parameters are related to the Service Principal that will be used by AKS.

This will run for several minutes and create 4 resources in the resource group:

Let’s do the experiment. Let’s deploy an observer pod within AKS:

This lands our session on a command prompt within a pod.

The key part is that connection is established, so AKS can talk to ACI.

Let’s go to the Azure Portal and look at the NSG:

The first rule let traffic coming from 172.16.0.0/20. This correspond to the subnet occupied by AKS nodes.

The second rule let Azure Firewall probe pass (not used here but always good to have) while the third rule forbids every other traffic.

Let’s modify the first rule by simply changing its priority from 100 to 400. We should end up with:

Now if we look at our watch, we should have something like the following:

We can conclude from our experiment that outbound connection from an AKS cluster with kubenet plugin are still within the AKS subnet.

This means that to allow access for AKS workload, we simply need to “whitelist” the AKS subnet.

That whitelisting doesn’t discriminate between AKS workloads: any pod running on the cluster will be whitelisted.