Requests vs Limits in Kubernetes 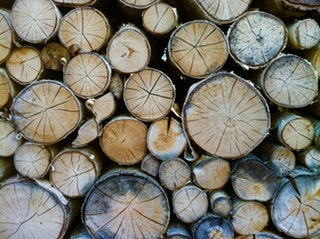 Kubernetes doesn’t know what resources (i.e. CPU & memory) your container needs. That is why you must give it some hints.

If you run way under capacity and / or fairly similar pods, you do not need to do that. But if you start approaching the maximum capacity of your cluster or if you have pods that consume more resources than others, you’ll start to get in trouble.

In this article we will look at how to inform Kubernetes about pods’ resources and how we can optimize for different scenarios.

A scenario that typically comes up is when a cluster has a bunch of pods where a lot of them are dormant, i.e. they don’t consume CPU or memory. Do we have to carve them a space they won’t use most of the time? The answer is no. As usual, it’s safer to provision capacity for a workload than relying on optimistic heuristic that not all workloads will require resources at the same time. So, we can configure Kubernetes optimistically or pessimistically.

We’ll review Kubernetes specs first. Then, as we did recently with outbound traffic, we’ll simply experiment to find answers.

As usual the code is in GitHub.

Here are some highlights.

Resources are configured at the container level, not pod level. But since a pod is a deployment unit, the total resources required by the containers of a pod is what we focus on.

There are two ways to specify resources: requests & limits. This is where a lot of confusion arises. Let’s try to clarify it here. Each one (i.e. requests and limits) can be specified with CPU and / or memory. Here are key characteristics:

It’s tempting to see those two as minimum / maximum, but it isn’t really. Requests is only used for placement and creates a theoretical map of the cluster. Kubernetes makes sure that the sum of requested resources for a node is equal or less the capacity of the node. It isn’t a minimum. Our container could actually use less. It’s a hint at what it needs.

The limits are closer to the concept of maximum

So how should we use those configurations?

If we are pessimistic, we’ll want to make sure our containers have enough resource at all time. So, we’ll the requests for what the containers need to run at all time. We’ll set the limits just to prevent bad behaviours.

If we are optimistic, we’ll want to make sure our containers have enough resource to start but will rely of “over capacity” to peak. That over capacity will be coming from the resources other containers happen not to be using at that time.

Of course, there are degrees of optimisms. The lower we push the requests, the more we rely on the ethereal “over capacity”. The higher we push it, the more we provision capacity.

In order to run those experiments, we’ll need the Azure CLI tool connected to an Azure subscription.

First, let’s download an ARM template and a script invoking it:

We are going to run that script with five parameters:

We are using Log Analytics to monitor the CPU / memory usage of containers.

The last three parameters are related to the Service Principal that will be used by AKS.

This takes a few minutes to execute.

Now that we have a cluster, let’s deploy something on it:

We have a deployment and a public service load balancing the pods of the deployment.

The pod has one container. Container’s image is vplauzon/cpu-ram-request-api. The source code of this container also is on GitHub. It’s an API implemented in C#. It basically keeps the CPU busy and allocate memory. This was built on purpose for these tests.

Let’s look at the pods:

We see that one of the pods is pending. Our cluster has a single node. The VM sku (B2ms) has 2 cores and 8 Gb of RAM. Kubernetes uses a portion of those resources. We do not have access to all resources of the VM for our pods. With 5 pods active, we requested 1.25 cores. There weren’t enough resources for 1.5.

Now let’s look at the service:

We need to copy the external IP of the web-service service. That’s the Azure public IP associated to the load balancer of that service. Let’s store that in a shell variable:

By default, the API will allocate 10 Mb of RAM, use one core to do some work and run for one second.

Let’s see if we can find that usage. Let’s open the AKS cluster in the portal and let’s look at the Metrics, under Monitoring: 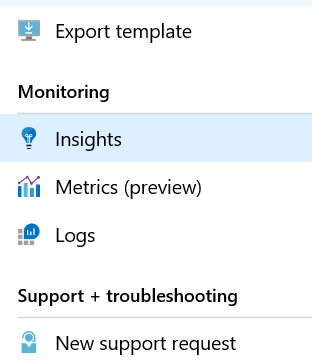 Now we are going to maximize the view (little chevrons on both sides), select the containers tab, search for myapp and display CPU with Max:

We do not see a blip on the radar. So, let’s run that for a little longer. We can do that with specific query strings:

This will take 90 seconds to run.

We’ll need to wait a little for Log Analytics to catch up on the metrics. But then:

We switched to “The last 30 minutes” in Time range.

Here we just proved that a container can consumed more than its “requests” specs which was 0.25 core.

Let’s do the same thing with 2 cores:

we can see here:

The usage went close to 2 cores and is highlighted in red, since it’s close to its limits.

Here the container went to the maximum of its limit.

We won’t do it here, but if we set the limit to 1 core, the same experience would yield the result that only one core would be used. Kubernetes enforces the limit.

Let’s try to run many of those at the same time:

Here we can see that each container takes less than one core:

Basically, they all pull on the blanket but none of the containers can fully used two cores.

This is the flip side of under provisioning: if all pods peak at the same time, they won’t all get the “over capacity”.

Here we request to use 20Mb within the request. That adds up to the rest of the memory used by the container:

We see an error occurs. That’s because the container got killed when its memory demand occurred and the total memory exceeded the container’s limit specification.

We can see from the logs the container was restarted since the memory went down. The pod didn’t get replaced, only the container.

What sums it the best is this matrix:

As part of our deployment strategy with Kubernetes, we need to think if we want to be pessimistic or optimistic.

If we are pessimistic, we’ll always have enough resources, but the amount of resources will be higher. And with resources in the cloud, the cost is higher.

If we are optimistic, it will be cheaper, but we might run out of capacity sometimes.

Kubernetes gives us the flexibility to make that decision ourselves.