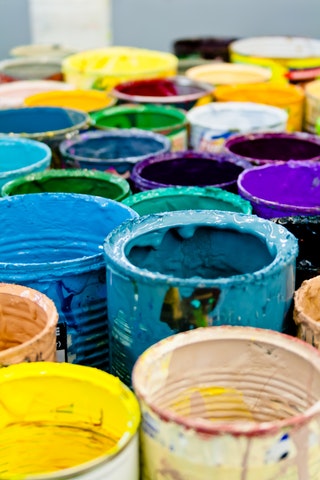 Azure Functions are serverless Function as a Service.

Serverless compute typically offers less networking options since it does not run on dedicated compute.

Until recently, the only option to lock down access to a function was to lock down the function’s firewall to some public IPs. That isn’t always useful when the caller doesn’t have a fixed and unique Public IP. A lot of Platform as a Service (PaaS) share the same public IP. For instance, Azure App Service share the outbound public IPs among many tenants.

In the last couple of months, new features are now allowing us to do more. In this article, we will show in this article that we can easily implement the following pattern: 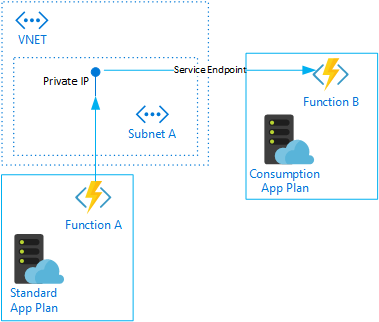 That is, we’ll lock down the communication between two functions using a subnet. No more public IPs shared with other customers. This will not be using App Service Environment (ASE) or Azure Function Premium. Just plain old public Azure Functions.

The only constraint we have is to have the function initiating the communication (Function A in our case) to be in a Standard (or above) App Service Plan.

Everything we do here can also be done with a web site in Azure App Service.

As usual the code is on GitHub.

No parameters are required, only a resource group.

After the deployment is completed, we should have the following resources:

We’ll look at those resources in order to explore the solution.

Let’s start with function-app-b-XYZ (the suffix varies depending on the deployment).

We can see something is wrong.

If we try to run the function, we’ll hit an error.

Let’s open the networking configuration for the function app.

We can then see the rules defined to restrict the access:

The first rule lets only the default subnet of the vnet vnet access the function app. The second rule forbids everything else.

This is basically a Service Endpoint.

The reason we can’t run the function is because we aren’t in the subnet. If we would access the portal from a VM sitting in that VNET, that would work.

We didn’t lock that app in a Service Endpoint, so we can look at the function code.

The function basically calls function b and display its result. It is just a way to prove that function a does have access to function b.

Now how can it access function b? function b lets only compute from the default subnet accessing it.

Let’s look at the Networking configuration of function a. This time let’s select the VNET Integration configuration.

We didn’t have that option in function b. This option is only available when the function app is in an App Plan of sku Standard or above. 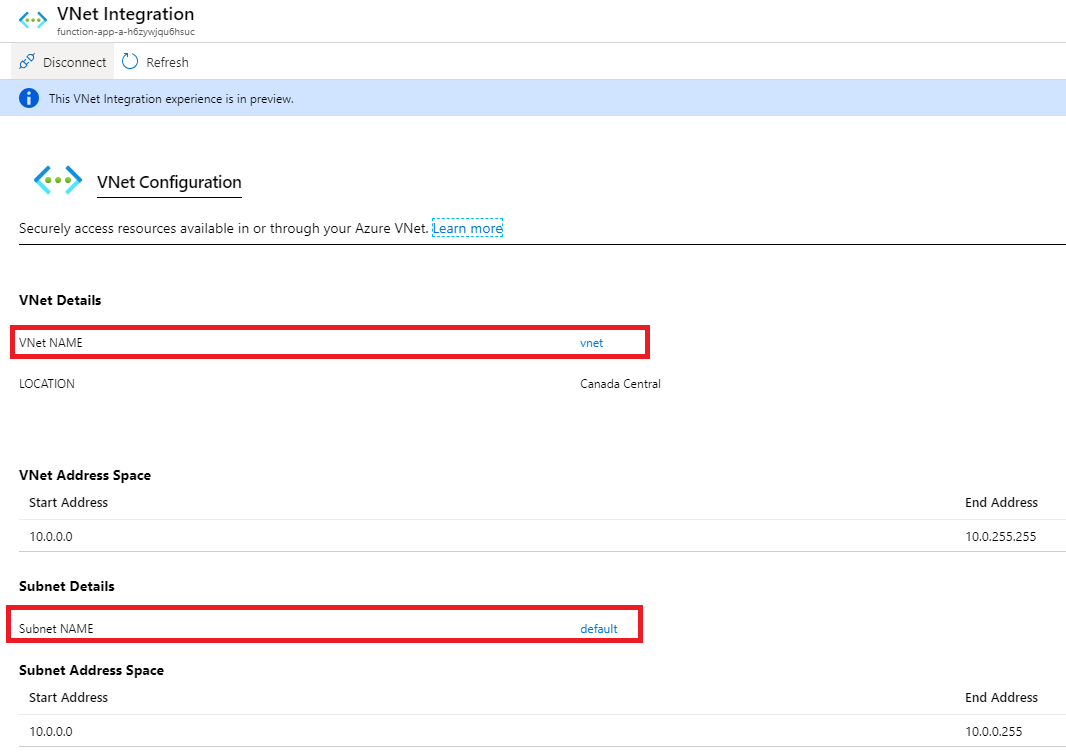 We can see the function app is integrated inside the default subnet.

This is the new VNET Integration in App Service (as opposed to the old integration using VPN Gateway).

Although it is still in preview at the time of this writing (early February 2020), it is supported in production for Windows App Plan.

We’ve seen we could secure the communication between 2 functions with VNET integration.

The function initiating the communication uses VNET Integration to get a private outbound IP while the receiving function uses Service Endpoint to accepts connection coming from specific subnets only.

What does that bring us? Without this, it is much harder to secure functions. App Service shares public IPs between tenants so it isn’t possible to discriminate a tenant (i.e. a specific function app) using the public IP. This solution allows us to do that.

The current limitation is that VNET Integration is only possible on Standard App Service Plan and above. So serverless (consumption App Plan) functions wouldn’t be able to use it.

The solution can be adapted to other scenarios. For instance, an Azure API Management (APIM) could front functions. APIM could have a public IP while being integration in a VNET. The function could then use Service Endpoint to limit the calls from the APIM subnet only.