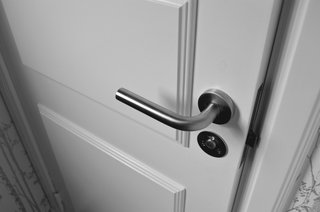 In the past, we discussed access control in Azure Data Lake Storage (ADLS). Those intricacies are useful when accessing ADLS using Azure AD authentication.

This time I wanted to combine both concepts together by showing how to get & set access control lists using Logic App. By combining a list-blob, we are able to set Access Control Lists (ACLs) recursively. Because this is in a Logic App using an MSI, it can be invoked in automation or CI/CD.

Also, the native storage APIs from ADLS offer a somewhat crud interface, dealing with a single semi-colon & comma delimited string to represent an ACL. Our API offers a richer JSON signature which makes it easier to do changes.

The underlying storage API isn’t widely advertised and I would like to give a shout out to Moim Hossain for his article on ACL management. That pointed me in the right direction.

Basically, we are wrapping two APIS from ADLS:

The patch ACL API also reuse the list blobs we developed in a past article.

One of the annoyance of Access Control Lists (ACLs) in ADLS we discussed is the lack of inheritance of ACLs. Intuitively, we tend to assume that ACLs set at a root folder would be applied to blobs and folders underneath, but they don’t.

The API we’re going to show here allows us to do that: push ACLs recursively down. This is quite useful when dealing with ADLS.

To deploy the solution, we can start here:

The ARM Template doesn’t have parameters.

The deployment should result in 4 resources:

This is one Managed Identity used by 3 Logic Apps. Sharing the same identity with the three apps allows us to set permission for that identity only once.

The three APIs are:

Why do we need to set the permissions for an API used to set permissions? Because a principal (either a user or a service principal) must be Storage Blob Data Owner to be able to alter the ACLs of an object (blob or folder).

The managed identity we just deployed, data-lake-identity-*, is the principal that will authenticate to the storage API.

So, the first thing to do is to link two things:

From there we need to create a role assignment: 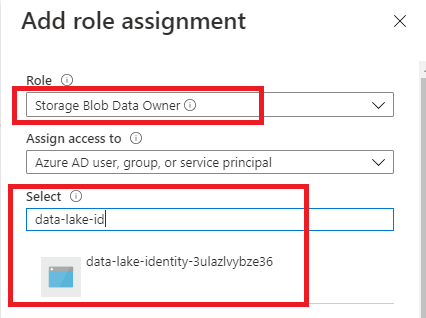 The assignment takes several minutes (usually between 5 and 10) to be effective. We therefore need to wait a little bit before doing the first test.

First, we’ll look at the get-acl Logic App and copy its http-trigger URL. We find this by opening the logic app designer and opening the trigger box:

We can then use that URL in any tool allowing us to do HTTPS-POST requests. We are going to use Postman.

For the request to be successful, we need to set the HTTP header Content-Type to application/json:

This tells Logic App to interpret the body as a JSON payload. Logic App doesn’t do this by default.

We then need to set the body. Here is a body sample:

Here are the parameters for the payload:

The first three parameters allow us to zero in on a specific object (blob or folder). When we send the request, we receive something like:

This is essentially what we see in Azure Storage Explorer: 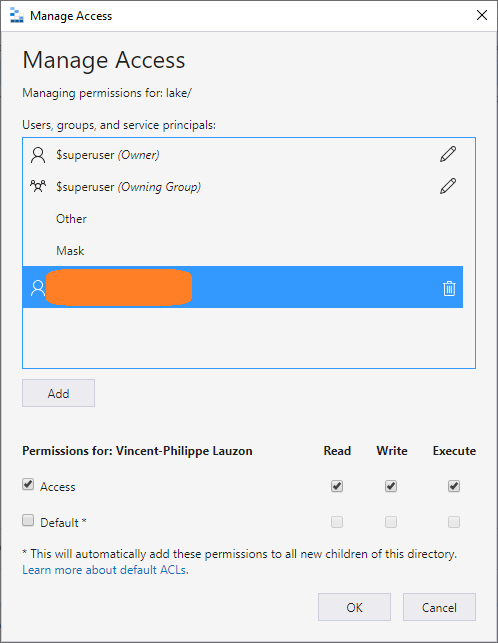 It is quite close to what the storage API returns. We simply expend the raw string to make it easier to manipulate down the line.

Using the patch-acl Logic App requires the same routine, i.e. capturing its URL and setting the Content-Type of the request.

Here is a sample of the payload we can send to the API:

Here are the parameters for the payload:

The default corresponds to the default part of the Azure Storage Explorer UI:

The ace object has the following parameters:

The patch-acl API can potentially call quite a few storage API.

For instance, if we go recursive on a huge hierarchy, there is going to be:

The duration of the API call is therefore unbound. For that reason, we made the API asynchronous, following the Logic App asynchronous request-reply pattern.

A typical scenario we might want to do is to flush all the user & group permissions on a hierarchy to start afresh.

This is when we would omit the ace object altogether. This is interpreted as a flush call.

How does it work?

This is already quite a long article so we will not go into the details of the Logic App implementation. We are happy to answer questions in the comment section.

A specific value patch-acl adds is the ability to perform ACE-adds on an entire hierarchy which is often useful in real-life projects.